*All special offers are limited in quantity and will be discontinued when the planned number of items are sold out.

Please inquire at the store for availability of special offers.

The title song  ”Like A Fable”, from Shintaro Sakamoto’s new album (3 June), will be released on May 19 as lead digital single.
|
▼Pre-save/Pre-add
|
GL (except Japan):https://shintarosakamoto.ffm.to/likeafable
2022.5.12 | zelone records

Shintaro Sakamoto’s fourth solo album, Like A Fable, will be released on Friday, June 3rd.
|
Six years since his last album, Love If Possible, Shintaro Sakamoto has completed his fourth solo album, Like A Fable.
|
The album’s ten songs describe everyday life in a world undergoing dramatic changes in the midst of a pandemic. Sakamoto continually updates his sound, and with Like A Fable, he has made his best pop album yet.
|
Like his previous albums, Like A Fable was recorded with the longtime members of the Shintaro Sakamoto Band: Yuta Suganuma on drums, AYA on bass and backing vocals, and Toru Nishiuchi on saxophone and flute. KEN KEN (Ken2d Special, Urban Volcano Sounds) guested on trombone on two tracks.
Soichiro Nakamura engineered and mastered the album.
Like A Fable will be released digitally worldwide, and on CD in Japan, on Friday, June 3rd.
The 2-CD set will include a disc with instrumental versions of all the songs on the album.
Shintaro Sakamoto made the artwork.
| 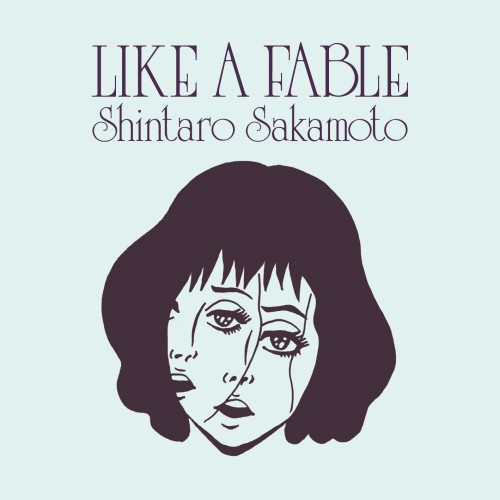